I began with needlepoint on plastic canvas (thank you Aunt Arlys!) more than 10 years ago, making anything I could think up – I had (and still do) so much fun with it! In 2014, I learned how to crochet, and started this blog to use as a journal, and share my notes and thoughts with other makers. It has grown quite a lot, and now I dabble in just about everything, but my favorites are crocheting, plastic canvas, jewelry making and baking.

Blogging and crafting are my true passion, and I’m hoping to take this adventure to the next level, and make a career out of it. Keep your fingers crossed!

In this blog, you’ll find me. Great things, bad things, mistakes, tips, suggestions, and whatever else I can think of both in life, and in crafting.

Hi! I’m Jessica. I have been crocheting for over 10 years. My grandma had given me her crochet hooks and one summer day, I decided I wanted to learn to crochet (I had already tried my hand at knitting and failed miserably!). I hopped onto YouTube and sat for hours learning how to slip knot, chain and single crochet. That Christmas, everyone got either a crocheted scarf or hat! That was it; I had fallen in love with crochet and I have done it nearly every day ever since

Jessica is the maker behind Nice and Knotty. Visit her on Instagram for crochet inspiration, or on Facebook!

See all the awesome projects Jessica has shared here on EyeLoveKnots!

My name is Abby, and I’ve been crocheting since about 2012. My mother was crocheting dishcloths for gifts that Christmas, and she taught me how to single crochet so I could help her finish. She unknowingly created an addiction and I haven’t stopped since! I love color, and texture, and finding new ways to play around with yarn. Crochet has given me an outlet for creativity I never thought I had, and has also shown me a wonderful world filled with friends.

Abby is the maker behind A Stitch Shy of Normal. Visit her on Instagram for crochet inspiration! Or check out her blog, where she says free crochet patterns & yarn reviews.

See all the awesome projects Abby has shared here on EyeLoveKnots!

EyeLoveKnots was named in honor of some family members of mine that are affected by Retinoblastoma, cancer of one or both eyes, and often first occurs in young children. There are approximately 350 new diagnosed cases per year in the US and affect about one in every 15,000 births. Although children may be born with retinoblastoma, it is rarely diagnosed at birth. As a rapidly growing cancer, studies of the bones, bone marrow and spinal fluid are also performed upon discovery. If the tumor is contained within the eye, more than 95% of patients can be cured. For those children with tumors in both eyes, close to 70-80% of the eyes can be saved, although many of them need radiation therapy, or possibly even chemotherapy.

I grew up very close to my cousin Tiffany who was one of five children but the only that had retinoblastoma. Now I won’t go into details other then she has a glass eye (due to having to get one eye removed) and only peripheral vision in her other eye (due to a large now non-active tumor). She grew up like the rest of us though and as a young person I never really understood what she faced. She went to karate and received her black belt alongside of me, rode a bike, could take the bus anywhere, went to school and held a job among other things, only with a few more doctor appointments than the rest of us. It wasn’t until she had her first child that I really learned about this retinoblastoma.

Her children had a chance to be born without it completely, with a not-so aggressive case of it, or a very aggressive case. No one could say one way, or the other prior to the children being born.

One had a not-so aggressive case being that after minor laser surgeries, there has not been any activity, and vision won’t be affected much. The other, however, was born with a rather large tumor in one of the eyes, and very short after birth had to begin chemo. It’s since being stabilized. One eye has full vision, and the other has peripheral vision (due to a large in-active tumor).

Please consider donating to the National Retinoblastoma Research & Support Foundation headed by Dr. Timothy Murray. Dr. Murray is “recognized in Top Doctors in America, Top Doctors in Florida, and Top Cancer Doctors in America”, according to the American Society of Retina Specialists. He is truly a gift and has been a big part of my family’s lives for almost 30 years! 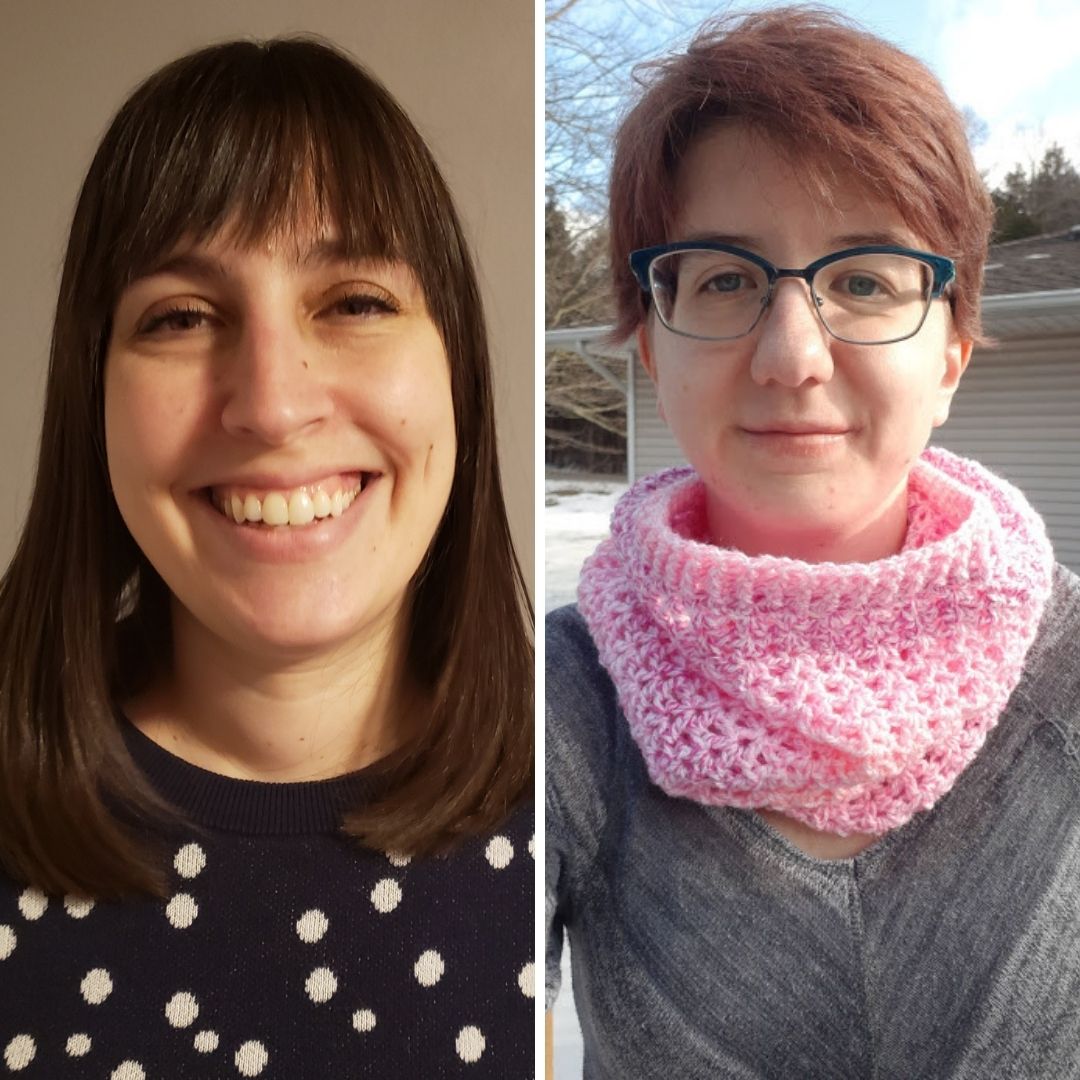 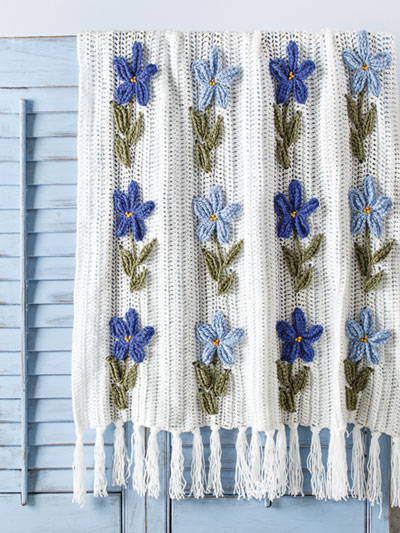 The new issue of Crochet World - April 2021. (Affiliate Link) Click this image to get this issue now. This is the Climbing Clematis Throw found in this issue. This beauty is on my make list, how about yours? 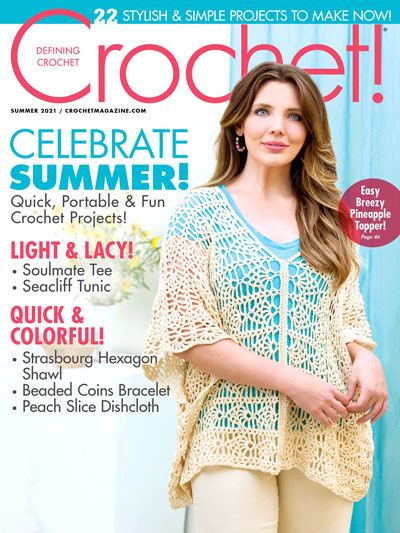 The new issue of Crochet! Magazine is out! (Affiliate link) Click this image to get this issue now. As Spring approaches here in Florida, we're looking to temperatures in the 80's and 90's already so the lightweight and lacy garments in this issue are perfect! 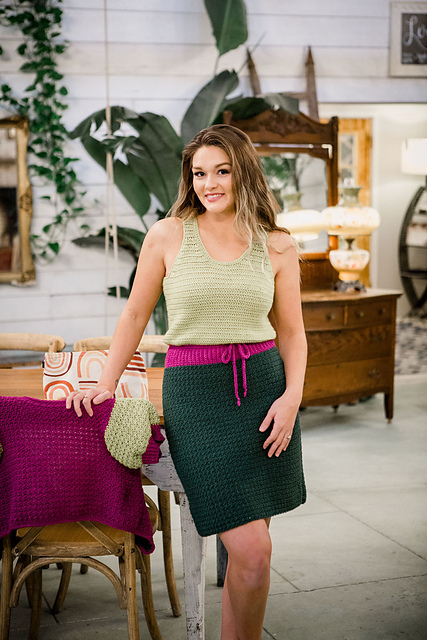 Seven stunning Spring garment designs inclusive of sizes XS through 5X. This is the Bay Breeze Cocktail Dress, which I have my eye on! (Affiliate Link) Click this image to get this issue now. Use code eyeloveknots20 at check out to get 20% off your order!

We use cookies to ensure that we give you the best experience on our website. If you continue to use this site we will assume that you accept this.I AcceptNo ThanksRead Our Privacy Policy...