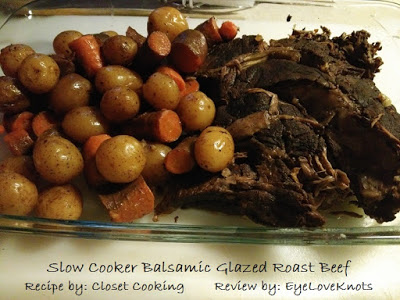 While perusing through Pinterest, like I spend much of my day, I found a delicious looking recipe for Slow Cooker Balsamic Glazed Roast Beef. I pinned it, and kept it in mind for about two weeks before I finally went to the store and got the ingredients.


I got a crock pot for Christmas last year, and not counting this meal, only used it once, so I was interested in trying out the recipe and excited to try a slow cooked pot roast. The meat came out nice and tender, and I found the recipe easy to follow with not too many ingredients called for.


This would be a good recipe for a cold night. I felt like it was missing a little something. Perhaps if I did remake it, or something similar, I might make some white rice and just throw the carrots into the crock pot with the meat.

Ingredients:
– 3 lbs Beef Roast – I used a Beef Chuck Pot Roast Boneless found at my local Publix. Was about $20 for it.
– 4 cloves of garlic, chopped
– 1/2 tsp red pepper flakes
– 1 cup beef broth – I used Swanson’s 100% Natural Beef Broth (of a 32oz)
– 1/2 cup balsamic vinegar – I used Progresso’s Traditional Style Balsamic Vinegar (of a 12 oz bottle)
– 2 tbsp soy sauce – We have a bottle in our fridge, but I would think you could also get away from with packets
– 2 tbsp brown sugar
– 1 tbsp Worcestershire sauce
– 1 lb [baby] carrots
– 1 lb mini potatoes
– 2 tbsp cornstarch + 2 tbsp water

Ingredient Notes:
Beef: Confession – I had no idea was a beef roast was… Hehe. But my boyfriend is very good at picking out meat and grilling so was no trouble for him when I told him what I needed. He’s says look at the color when choosing, and look for one without a lot of fat (among a few other things that I can’t remember at the moment).
Balsamic Vinegar: Another confession – I had no idea was this was either! I found myself in the salad dressing aisle looking for a salad dressing that said “balsamic vinegar” on it, hehe. Right next to the salad dressing was the collection of vinegars, and here’s where I found the right one.
Carrots: The recipe calls for baby carrots, but I just used half a bag of regular carrots, and cut them up to about baby carrot size. Keep in mind, the thicker the carrot, the longer it may need to cook.
Potatoes: I found a box of garlic herb mini potatoes that were washed and ready to be cooked. They came in a container with a film across the top, and were meant to be microwaved. I just opened the container and threw them in the crock pot without the seasoning. Very convenient.
Cornstarch: If you aren’t familiar with this, it’s found near the pancake and cornbread mix stuff.
Additionally, the recipe calls for a large onion but since Todd doesn’t like onions, I omitted it as well as the 1 tbsp of oil since I did not brown my meat beforehand.


*All items not already in my pantry, were purchased from my local Publix. Not a sponsored post. 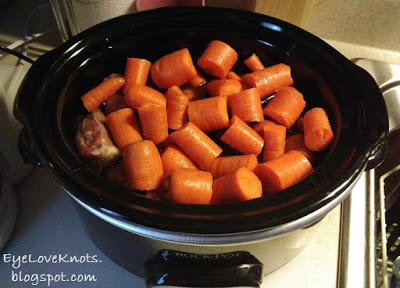 I did not brown my meat first – I just threw it into my crock pot, and started at Step 3. My crock pot is a small one meant for 2-4 people, so I had to cook my meal for about 9.5 hours to get everything to cook through all the way. I started on low for 8 hours, then switched to high and cooked for another hour and a half. At the 8 hour mark, the meat was pretty tender, but the carrots and potatoes still needed more time.

I transferred my potatoes, carrots and meat to a casserole dish while I tried to do the glaze with the cornstarch, but I didn’t find it thickening, and I was tired of waiting so I just poured the juices into the casserole dish with everything else.

I also would suggest when storing, to keep the juice in a separate container. You can always warm up and pour over your meat and veges – I did not like the combo together after spending the night in the fridge.

Overall, good basis for starting out with the crock pot.

If you love to bake (and/or craft) too, I would love to see your photos and get your recommendations! Join the EyeLoveKnots Crafting Community to share your creations, and see what other’s are up to! 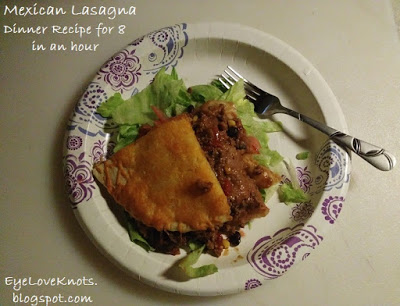 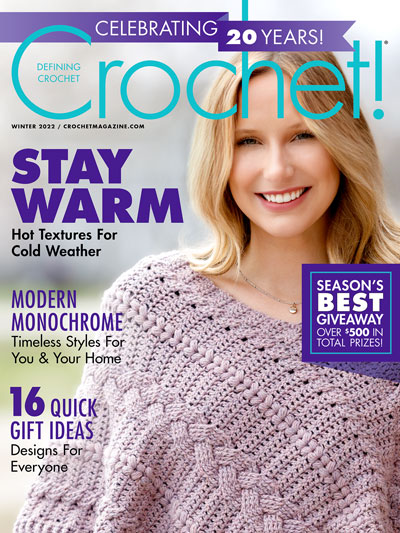 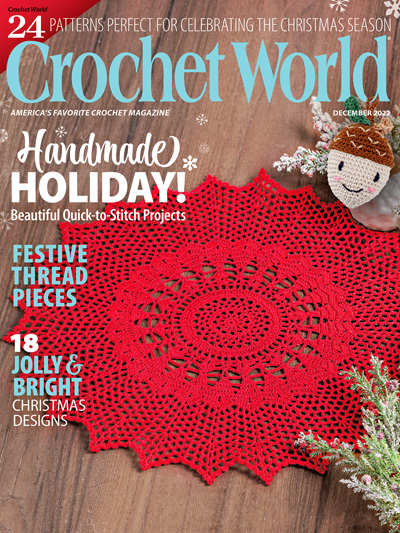 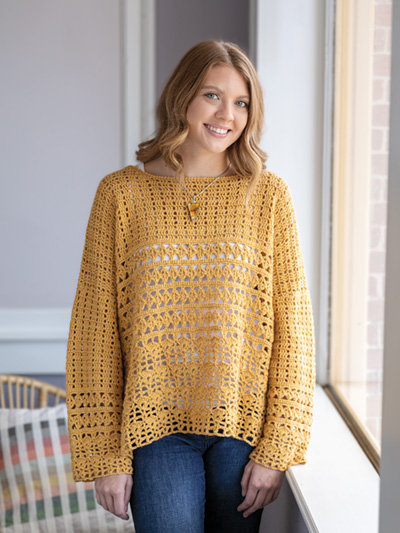 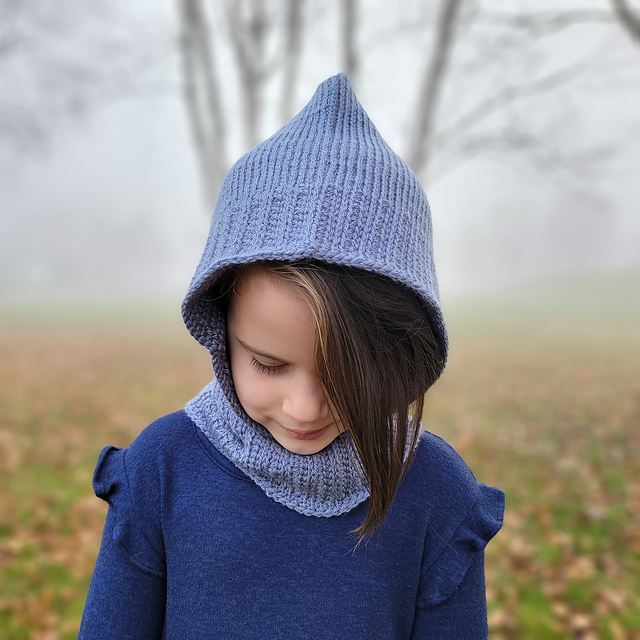